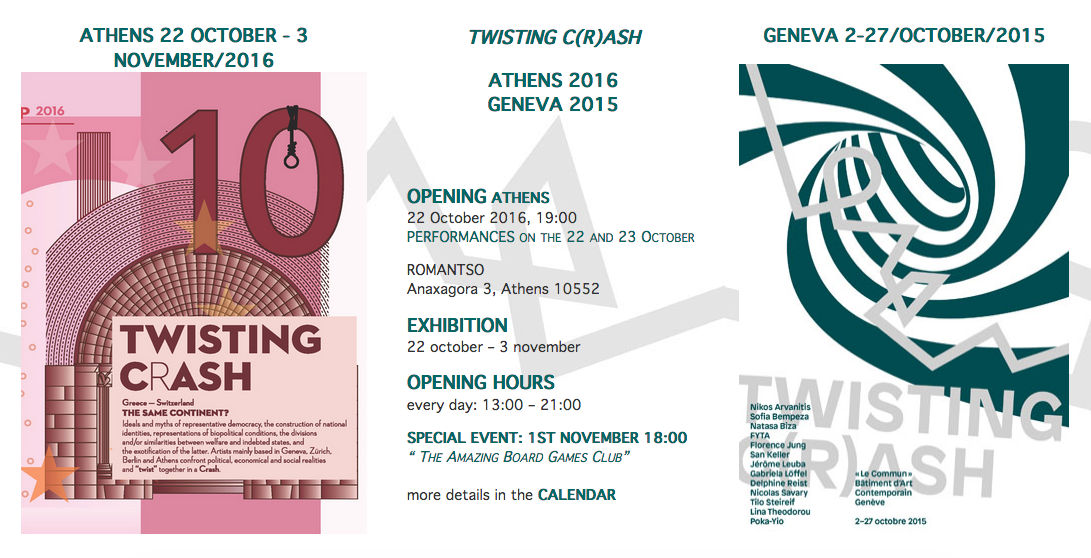 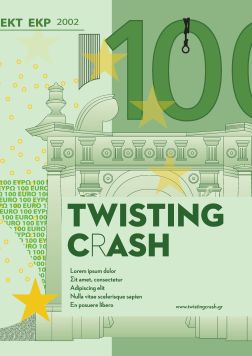 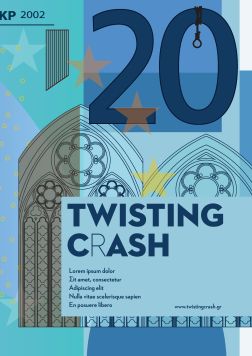 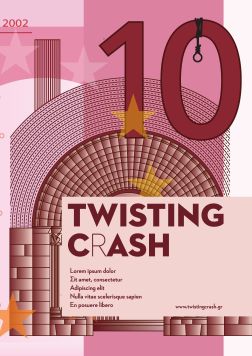 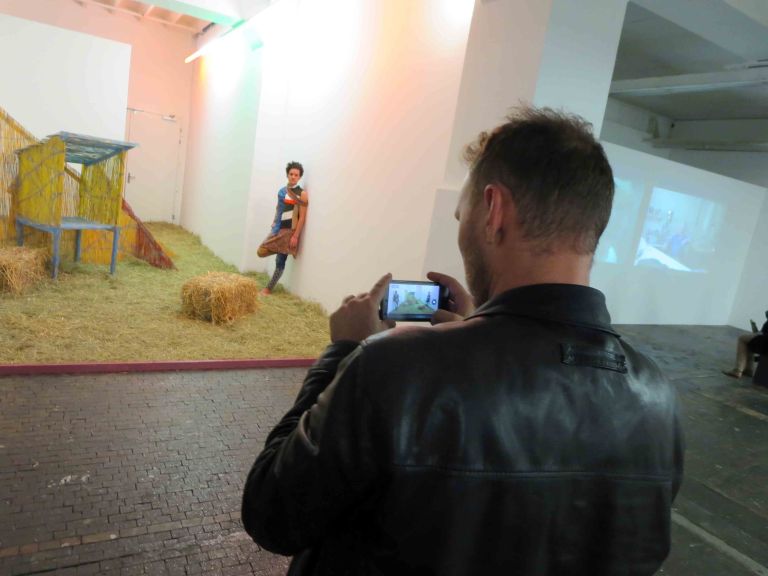 With the participation of: Yiannis K., Eric Maeder, Federica Martini 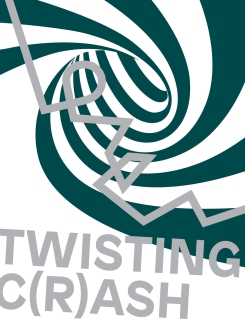 The title of this show may remind you of Hollywood’s action movies. Well, most of the recent art shows focusing on the effects of crisis have tended to use the great moral narrative of action movies: The victims of capitalism are enlightened by the artist/emancipator while curators and institutions pretend to be utterly happy to foster art’s radical view on oppression, austerity, abuse of power etc.

Well, Twisting C(r)ash focuses on the failures of this narrative – the failures of art’s humanist self-understanding as a remedy for today’s malaise. The works presented in the show emerge out of a reluctance to speak for the desperate, the unprivileged, the dispossessed, the People, the Multitude, the Nation – all the categories and agencies that have been pivoted to express and represent various recent collective subjectivities and social mobilizations. To disrupt this hypertrophic “artistic privilege”, the 12 artists/art teams of the show (7 Swiss and 7 Greek) have been given a scenario – the hypothesis of a “reversed reality”: The Swiss banking System collapses, rogue Swiss political parties demolish all bridges to existing Europe while Greece becomes a rich suburb of the European Continent, divided in cantons. In addition, referendums become a political routine in Greece’s social life. The perfect catastrophe! Actually, one can easily recognize signs of this superficial reversal in today’s state of things. Hypothetical experiments tend to be exceeded by reality.

This “twist” is the uneven but steady challenge of both the privileged experience of the “suffering Nation” and the viewpoint of an efficiently progressed “European identity”. It resembles the spinning movement of a crash, like the recent flows in the monetary system. 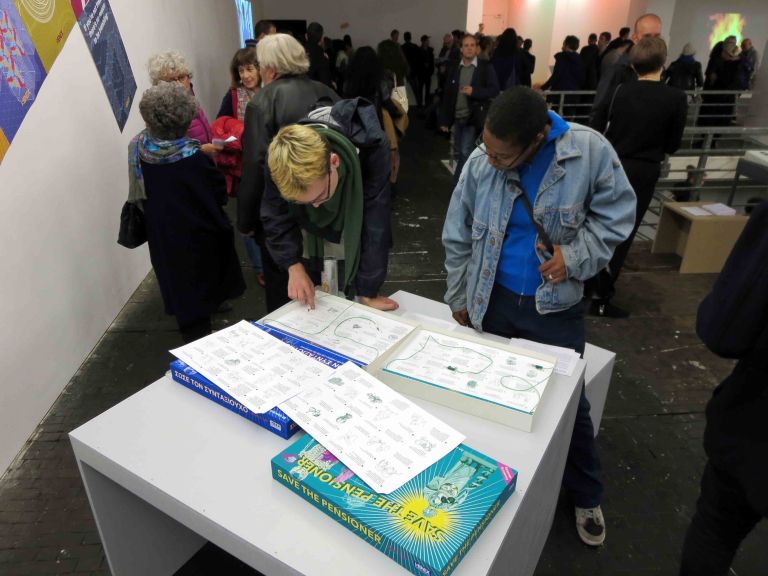 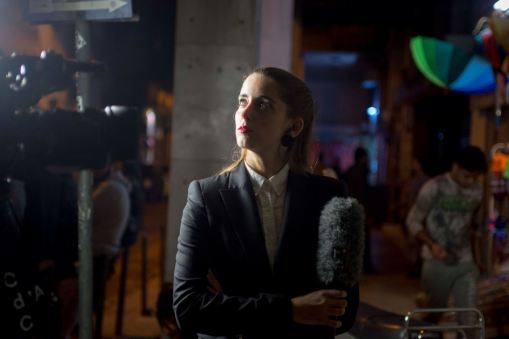 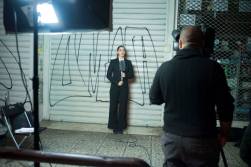 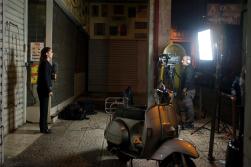 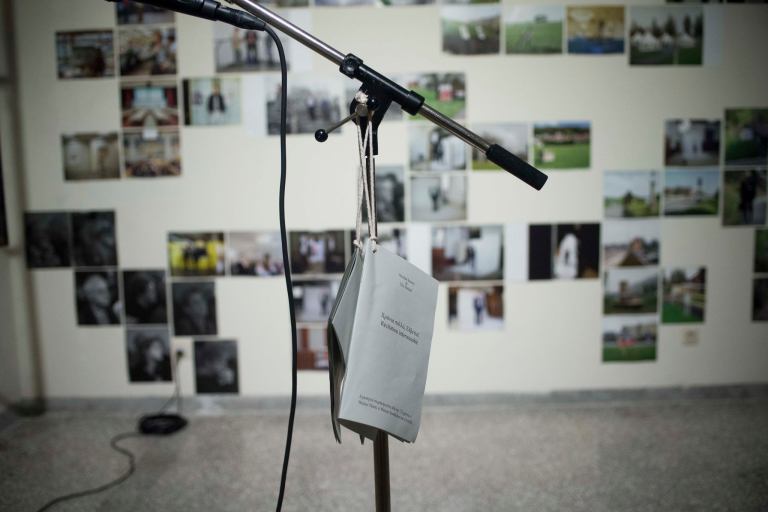